$69,999
Mileage 15222 Engine 351 cubic inch (5,769 cc) Ford Cleveland V8. Rego DTLC78
Alejandro De Tomaso was born into a prominent Argentinian family, but eschewed the family business and turned his attentions to motor racing, becoming a leading feature in Italy’s automotive industry. De Tomaso’s first legitimate effort at a road car was the Mangusta, a Ford-powered mid-engined supercar with a Giorgio Giugiaro–designed body around a chassis by Bizzarrini. Five years later the De Tomaso Longchamp was exhibited at the 1972 Turin Motor Show, initially offered only as a two door, 2+2 coupé, developed from the De Tomaso Deauville four-door saloon, using a shorter-wheelbase chassis with the same suspension, engine, and transmission. The Longchamp featured a long bonnet to accommodate a 5.8-litre Ford Cleveland V-8 engine. A popular engine in late 1960s muscle cars, it produced 330 bhp, giving the Longchamp a top speed of 149 mph—hardly slow in the early ’70s. Suspension was independent front and rear, with coil spring and wishbones, aided by vented disc brakes all round. Given the years they were in production, it’s not surprising that many Longchamps were specified in colours that can now be described as ‘of the time’.
The Longchamp offered here is no exception. Specified in red over a black interior, it oozes 1970s style and is thought to be one of fewer than 400 coupes built. This Car comes with a huge file dating back to 2009. Invoices confirm the following work carried out
You may never get another chance to buy a DeTomaso Langchamp as they rarely seen on the market. This is a very good example that comes with excellent history dating back many years. The current owner has just spent over $2000 getting the car ready for the market. Work carried out includes complete service inc transmission , pressure testing the cooling system, carby removed and rebuilt, new battery and the list goes on.   Contact Ben Finnis 0411 744 190 Back 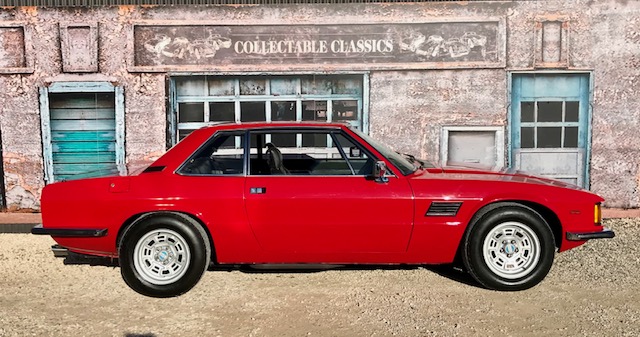 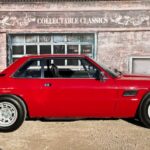 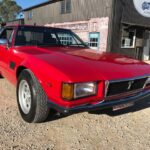 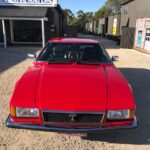 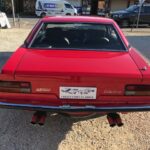 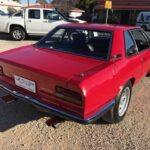 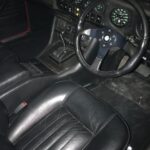 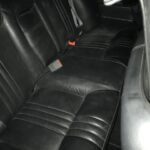 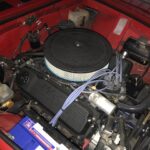 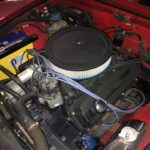